I am a nerd at heart and very proud to have been associated with some of the leading and most innovative companies in the technology industry. As such I have long held the belief that “the geeks will inherit the earth.” It felt as though technology was breaking down barriers, offering opportunities to improve lives and spread prosperity in ways that existing economic and business structures could not.

However, observing the industry more recently and the increasing criticism I am not so sure. I am concerned that some elements in Silicon Valley are failing to understand their core purpose and value to society. Indeed it feels as though some are losing their grip on reality. For example, Peter Thiel, a highly successful technology entrepreneur, argues in the Financial Times that robots and technology should not be seen as our enemy, rather as an improving force for productivity and efficiency. He suggests that it is humans not the machines who are “our own greatest enemies.”

Thiel wants us to stop worrying that machines will make our jobs redundant. Yet when he cites examples of the benefits of technology he fails to reference industries such as car manufacturing, which in the 1980s brought in robots to automate production. Yes it led to the efficient car production we enjoy today, but it also cost thousands of jobs in the UK in areas which some would argue still have not recovered today.

I was prompted to write this post by a speaker at an event, who talked about the ‘traditional’ mindset of Silicon Valley being – roughly speaking – one of finding problems and solving them. However in recent times – especially the era of web-bassed innovation – it feels as though Silicon Valley is creating problems simply to have a reason to ‘solve’ them. Often the ‘problems’ they are identifying are basic human interactions, which may be inefficient, but actually are reasonably fundamental to our way of being.

I would contend that history shows us using IT to automate processes to drive efficiency and productivity has consequences, which are not all good. Unless Governments, society and more importantly the technology industry are prepared to address them there will be increasing disquiet at the increasing influence of companies such as Google, Facebook and Amazon. In turn this could have a wider impact on the positive relationship between technology and society.

Consequently I would suggest the technology industry is in danger losing its sense of purpose, particularly the Silicon Valley set focused on the world of ‘big data’ and web-based innovations.

Let me illustrate this with one perspective on the “language” of Silicon Valley. There has been a narrative for some time about ‘frictionless’ and how technology can reduce the bureaucracy and inefficiency of some processes. Companies like Amazon and eBay have done this extremely well in retail, offering great value to consumers and opening up new markets to smaller enterprises. However when I heard the word ‘frictionless’ used in a discussion of the future of money it raised alarm bells. I interpreted the comments as suggesting that money was an inefficient process that we should no longer have to use.

My concern – if we automate money to the point where everything is ‘swipe to pay’ – will we lose our grasp of its value, its power and its dangers?

While I appreciate I’m starting to sound like “The Daily Hate” I am concerned that technologists have been drinking their Koolaid too much. Another example struck me recently. Two executives from Google wrote about branding in the digital age for the Wharton Business School and offered a cogent argument about brand engagement in the digital era. Yet when you explore what they say (which seems to hint heavily that Google technology is key to future success) it reveals worrying flaws. For example they talk about the huge impressions the Jean Claude van Damme Volvo Trucks advert got on YouTube (75m views) yet it goes on to admit that many of those viewing the video were general consumers doubtful to ever buy a Volvo truck. The client wanted this broader awareness, but The Wall Street Journal clearly states that Volvo Trucks could not create any direct correlation between the success of the advert and a 30% increase in sales…something the Wharton article fails to clarify.

Impressions and likes do not equate to sales, particularly in the B2B world. There is no way Volvo Trucks would have relied solely on a glossy advertising campaign to launch a new range of vehicles. Indeed they would have had a good idea of sales before they launched the new truck, because the sales cycle is so long.

Peter Thiel, summed up the issue:

To me nothing epitomises this clash more than Uber’s rampage across Europe challenging the accepted norms of the taxi. As Travis Kalanick, CEO and co-founder, puts it: “We’re in this political campaign, and the candidate is Uber and the opponent is an asshole named Taxi.” Whether you call this overbearing self-confidence or downright arrogance Uber’s ability to continue challenging the taxi establishment across the region suggests it has some merit in its beliefs.

But has Silicon Valley gone too far? Has it lost sight of its core value in its obsession to fulfil Marc Andressen’s prophecy 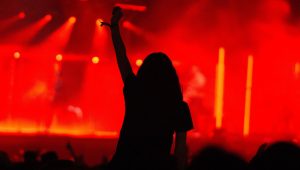 How to create the world’s most market-leading, disruptive, innovative, unique start-up What start-ups should consider... 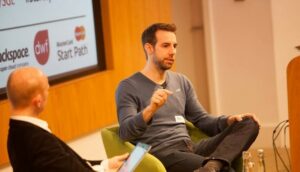 BY sugrueHow to build a successful tech start-up

How to build a successful tech startup Here’s my take on Swiftkey co-founder’s comments at...